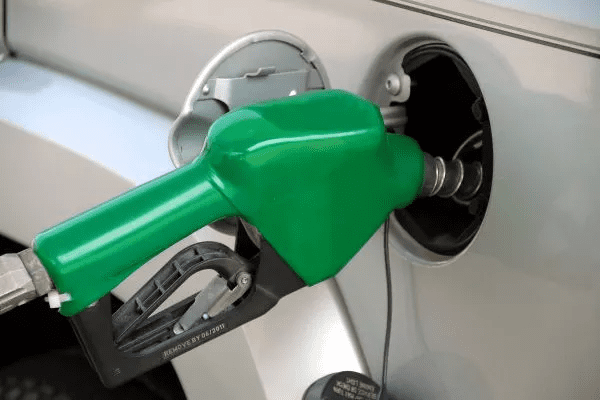 Robert Tooze contributes to the latest edition of The Naked Scientists podcast.  This edition is titled “Catalysts: Our Tiny Chemists” and Bob discusses the use of catalysts in the production of synthetic fuels with Katie Haylor, Naked Scientist Producer.  The link to the podcast is here.

The full transcript is available from the website and is shown below.

Using metals to speed up reactions has revolutionised the way we make things on an industrial scale, from plastics to fertilizers. Without them it would take months or even years to get your end product! An industrial example is the production of synthetic liquid fuels. We currently use petrol or diesel in our cars, these come from natural oil reserves, but burning these releases lots of harmful chemicals as we heard earlier and they could one day run out. Instead, we can use catalysts to artificially make cleaner fuel to power our cars or even aeroplanes without releasing as many nasty gases. Katie Haylor spoke to Professor Robert Tooze who is an expert in synthetic liquid fuels and currently directs Drochaid research services in St Andrews.

Robert – The majority of fuels that are used now to power vehicles come through oil from oil refining. So this process is breaking down large molecules into the products that our cars run on. So a synthetic liquid fuel is a hydrocarbon fuel, similar to conventional petrol and diesel, but it’s not derived directly from oil. This is not a new process. The original discovery by two German chemists called Fischer and Tropsch goes back nearly a hundred years. This originally converted coal by a multi-step process into liquid fuels like petrol and diesel. This was later commercialised in Germany and then more globally both in South Africa and beyond. So, this is a quite remarkable process for converting coal into petrol and diesel, more at a molecular level. The way you’d think about this, rather than oil refining which breaks up large molecules into the smaller molecules our engines burn, this goes in the opposite direction. So it takes very small molecules and stitches them together to give you the right structure for liquid fuels.

Katie – And why is it better to make fuels from coal, say, than current methods of getting petrol?

Robert – If you look back in history to the synthetic liquid fuels it’s more about necessity being the mother of invention. So in both of the regions where this technology was first pioneered there were ample coal deposits, but no oil. So the conventional routes weren’t open to them so they found a way to convert coal into petrol and diesel. The attraction of these synthetic fuels is they’ve got inherently low sulphur. Sulphur is one of the key contaminates that cause environmental issues.

The other thing that we’re increasingly aware of are particulate formation by engines. These synthetic fuels are very low in the compounds which lead to the formation of particulates.

Katie – Step-by-step, can you take us through the process of what happens? Say I’ve got my coal, or my biomass, or my natural gas as my carbon source, how do I get petrol out the other end?

Robert – There are three main steps in the synthetic fuel process. The first one is taking your carbon source, whatever that is, and converting it into the correct mixture of carbon monoxide and hydrogen called synthesis gas.

The second step is really the catalytic step. The carbon monoxide and the hydrogen is passed over a catalyst at elevated temperature and pressure to be stitched together to give you the molecules that you need as the fuel.

In a third step, you finally do some product treatment to give you the diesel and petrol that car engines require.

Katie – So why do we need this catalyst for the second stage?

Robert – A catalyst speeds up the rate of a chemical reaction. If you didn’t add a catalyst, the reactions would require massively high temperatures or very long times, neither of which would make this commercially viable. The other thing the catalyst does; it controls the selectivity so it gives you some control over the products that are made. And again, what that means is it’s both energetically and materially efficient so you get from A to B in the most cost effective and environmentally sound way.

Katie – Oh I see. So if you put carbon monoxide and hydrogen together in a room they might not necessarily do much, but the catalyst, well, catalyses the reaction?

Robert – Exactly. You would wait a long long time for carbon monoxide and hydrogen to react if you just left them alone.

Katie – What typically is the catalyst used in this reaction?

Robert – Typical catalysts are based on cobalt or iron.

Katie – And how much do these sorts of materials cost?

Robert – That varies very much from process to process. Their cost contribution to the overall process will be very low, and would have to be to be economically viable. So even though some of them are based on very precious metals, if you get an efficient enough catalyst then the actual cost is low. So one of the key defining factors about a catalyst is its so-called “lifetime,” so how long it will perform at the level you want it to. perform at.

Katie – And is this still being used today?

Robert – It is still being used. The beauty of a synthetic fuel process is it doesn’t really matter; the original form of carbon that you feed to this process. So as I say, the historical background was using coal but you can also use natural gas. And, in the future, it’s possible to use other raw materials, so waste biomass has the source of carbon to make synthetic fuels.

Katie – So household food waste could be your carbon source for this process?

Robert – Yeah, potentially that is a way. Anything that has carbon in can eventually be turned into synthesis gas. The question about the economic viability of that is critically important. Too expensive, they won’t get taken up by consumers and, therefore, they won’t have any environmental benefit.

Katie – Given the concern over climate change; even the recent IPCC report, could carbon dioxide itself be used as a source for this process?

Robert –  Potentially, yes. There are many people working on the conversion of carbon dioxide into liquid fuels and that’s a challenging catalytic problem.

Katie – Do you think the future of these synthetic liquid fuels is quite promising?

Robert – We have to recognise that we’re in a transition period for energy. We increasingly see electric vehicles and their growth is rapid, but the number of electric vehicles is small. So we need to manage the transition to some future beyond hydrocarbon fuels, and what we can do in the meantime is to make the cleanest fuels we can.

I think synthetic fuels could find application where other energy vectors are difficult to see. So, for instance, air travel: people are talking about electric planes but, for the foreseeable future, they’re going to run on liquid fuels. So there’s an opportunity there to make sustainable aviation fuels and catalysts are important both currently, and perhaps increasingly, going forward.